Guyana, whose name is an Amerindian word meaning "land of many waters," is the only South American country that lists English as its official language. Colonized by the Netherlands in the early 1600s, the Dutch finally ceded permanent control to Great Britain in 1814. The country was then known as British Guiana until 1970 when it officially became the Republic of Guyana. As of 2018, Guyana’s population is approximately 786,000.

Even though it is located on the continent of South America, culturally, Guyana is considered to be much more connected to the Caribbean than to the typical Latin way of life. Georgetown, the capital city, is known as "The Garden City of the Caribbean."

Racially and ethnically diverse, modern-day Guyana encompasses, in addition to the large Indian element, people of African, European, and Chinese ancestry, as well as aboriginal groups. However, in spite of their diverse ethnic backgrounds, these groups share the common languages of English and Creole. Religious affiliations in Guyana are as diverse as the Guyanese ancestry, including Hindus, Muslims, Roman Catholics, Seventh-Day Adventists, Mormons, Jehovah Witnesses, and many other cults. Over 60% of the people call themselves Christians, but less than 3% of the population would fall into the category that we would be comfortable calling fundamentalists or Bible-believers. The need for more missionaries is staggering!

Noel and Charlene Shrivnauth have been serving in Guyana since 1994. They have established a strong local church in Eccles, an area just outside of Georgetown. Brother Shrivnauth has diligently trained many national pastors who have planted a significant number of churches around the country.
Missionary Letters 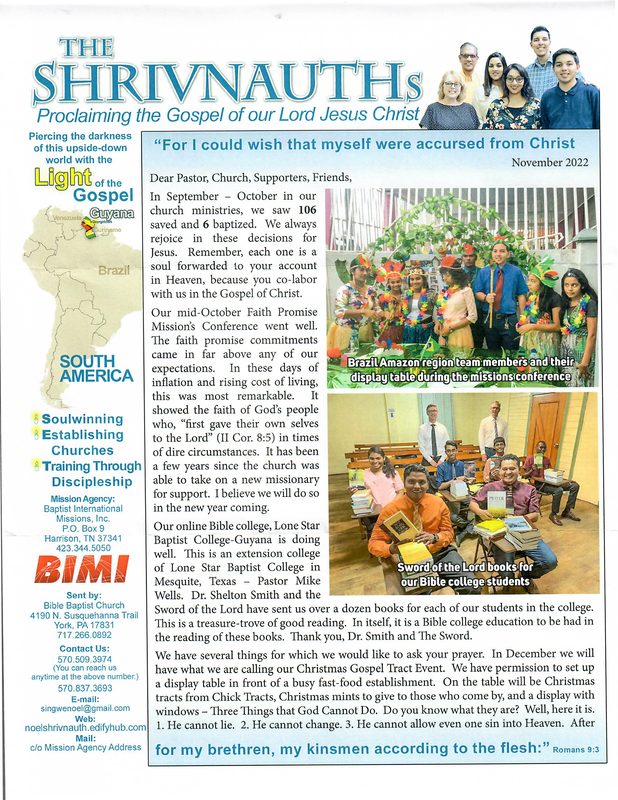 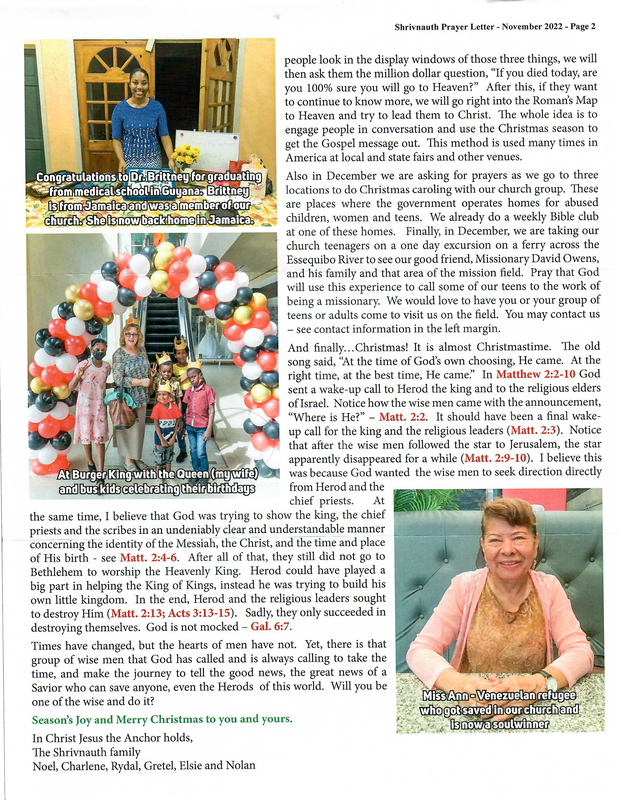 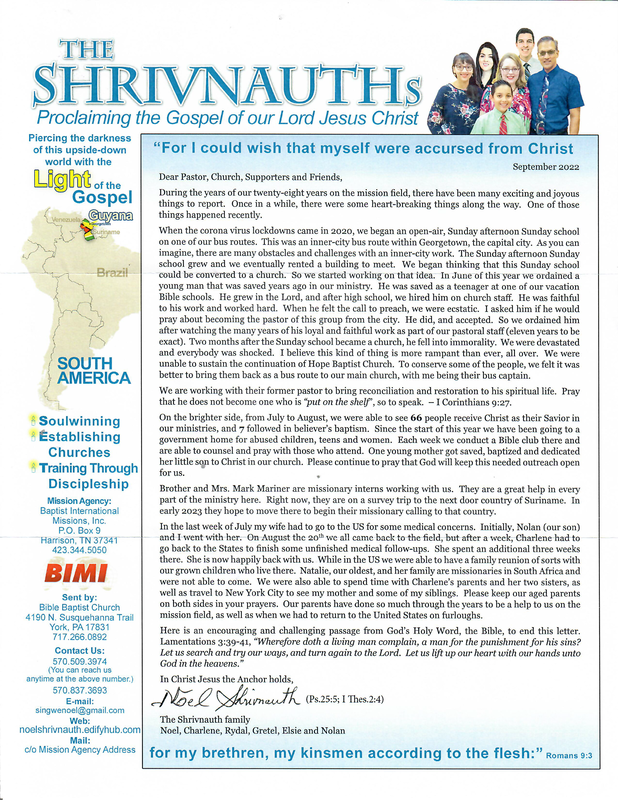 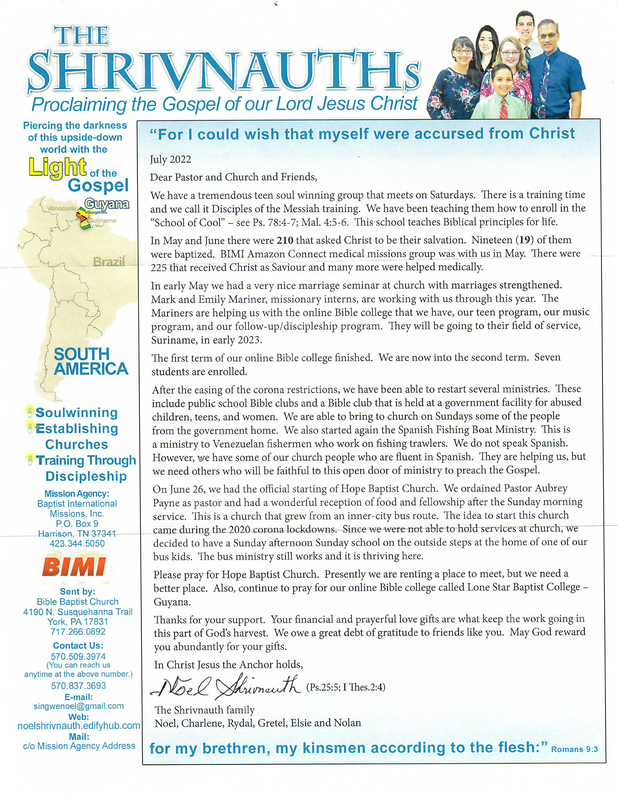 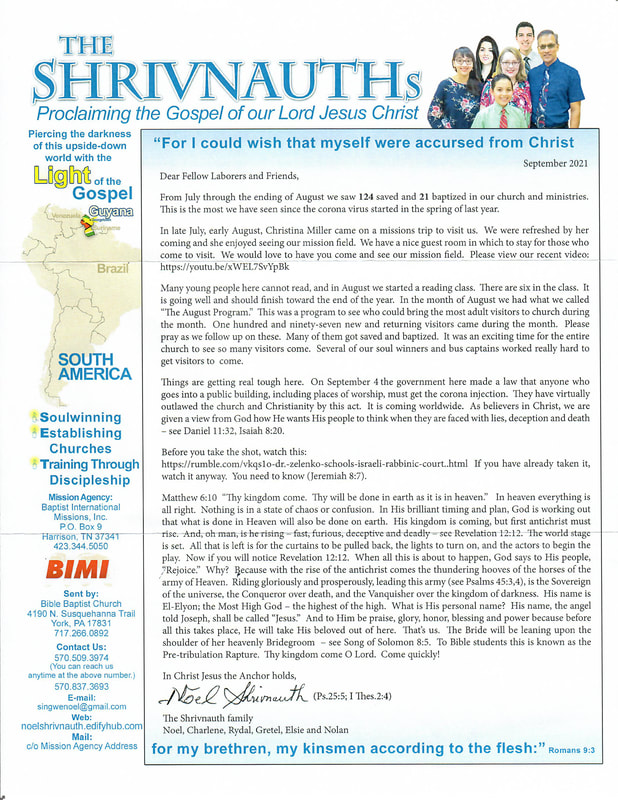 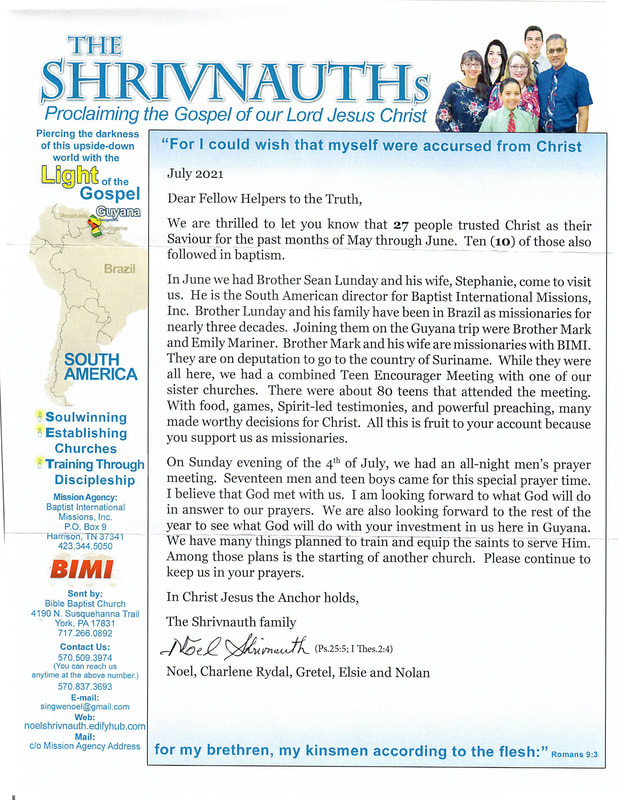 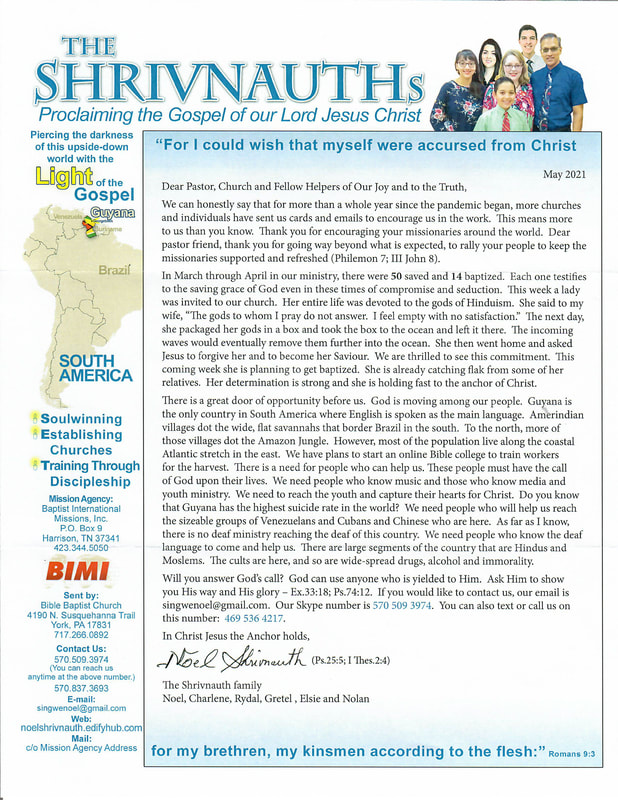 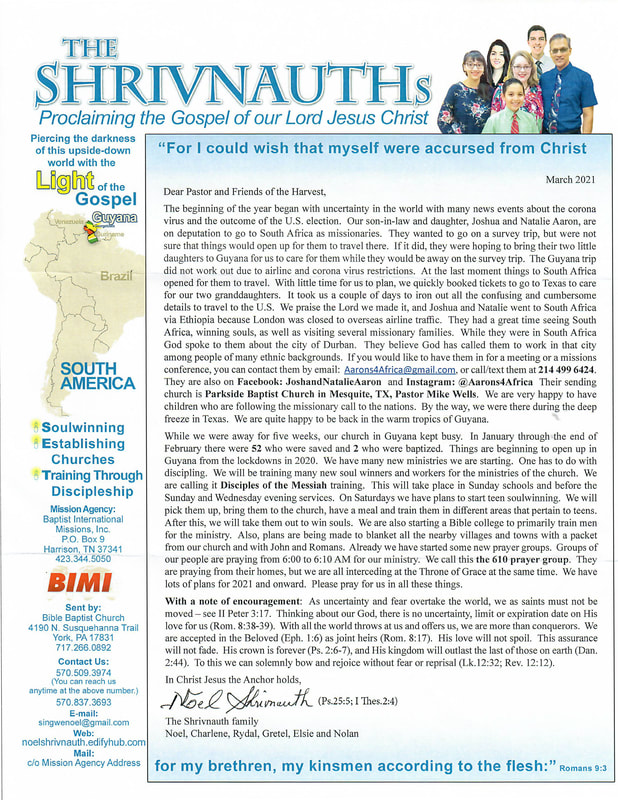